THIS ANNOUNCEMENT CONTAINS INSIDE INFORMATION REGARDING TOTAL PRODUCE PLC.

On 30th July 2018, Total Produce, Europe’s leading fresh produce company, announced that the European Commission (the “EC”) had approved its acquisition of a 45% equity stake in Dole Food Company (“Dole”) from Mr. David H. Murdock for a cash consideration of $300 million (the “Transaction”) and that all other Transaction condition precedents had been satisfied

Total Produce is pleased to announce that the Transaction has now been completed.

Commenting on the completion of the Transaction, Carl McCann, Chairman of Total Produce said:

“We are delighted to conclude this very substantial transaction with David Murdock who has been an inspirational and visionary leader since he acquired a majority shareholding in Dole in 1985.

Dole is one of the world’s foremost fresh produce companies and we look forward with great enthusiasm to working very closely together with David and his excellent management team to continue to develop the business in the future.”

Commenting on the completion of the Transaction, David H. Murdock Chairman and Owner of Dole said:

“I am excited for the future of Dole in our relationship with Total Produce. They have a long and successful history in the produce industry, and I have complete confidence that as the premier produce brand, Dole will be able to tap that expertise in growing our position worldwide.”

The investment in Dole and its financial contribution will be treated as a joint venture and accounted for via the equity method under IFRS in the accounts of Total Produce following completion. An update on the Dole business will be provided when Total Produce’s 2018 Interim Results are published.

Mr. Johan Lindén will remain Dole’s President and CEO, and the management team will also remain in their current roles and continue to lead the organization into the future.

The information contained in this announcement is inside information. The person responsible for making this Announcement on behalf of the Company is Frank Davis. 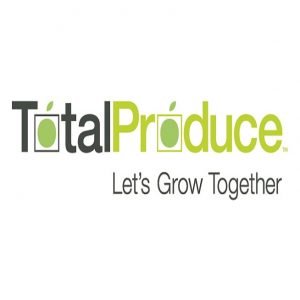 This website uses cookies so that we can provide you with the best user experience possible. Cookie information is stored in your browser and performs functions such as recognising you when you return to our website and helping our team to understand which sections of the website you find most interesting and useful.

Necessary cookies enable core functionality such as security, network management, and accessibility. You may disable these by changing your browser settings, but this may affect how the website functions.

Please enable Strictly Necessary Cookies first so that we can save your preferences!